The WRPM team offers over 100 years combined professional property management. Our principals include a Certified Property Manager® (CPM), an MBA/Certified Manager of Apartments, and a CPA. 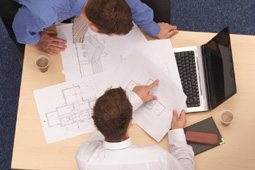 Along with that experience comes real assurance of professionalism, integrity and responsiveness. WRPM is an Accredited Management Organization® and fully subscribes to the Codes of Professional Ethics of the Institute of Real Estate Management®, the National Association of Realtors® and the Northeast Ohio Apartment Association.

Jan S. Moskowitz, CPM, President
Jan Moskowitz is directly responsible for the operations of Western Reserve Property Management, a division of Moskowitz & Company. Mr. Moskowitz received his B.S. degree in Business from Miami University of Ohio and his Juris Doctorate from Cleveland Marshall Law School. He holds the designation of Certified Property Manager (CPM) and was past President and past Manager of the Year of the Cleveland Chapter of the Institute of Real Estate Management. He is a Life Trustee and past Vice President of the Northeast Ohio Apartment Association.

Daniel S. Moskowitz, Vice President
Daniel Moskowitz joined Moskowitz & Company in 2003. His responsibilities include seeking, analyzing, and structuring new acquisitions as well as operating a portfolio of properties under management. Prior to joining the company, Mr. Moskowitz served as a Vice President of Key Bank, working with family owned and private equity firms structuring real estate, leveraged cash flow, and asset-based financing solutions. Mr. Moskowitz holds a B.S. degree in Business Administration from Miami University of Ohio and an M.B.A. from the Weatherhead School of Management, Case Western Reserve University. He holds the designation of Certified Manager of Apartments and is a Board Trustee of the Northeast Ohio Apartment Association.

Western Reserve Property Management (WRPM) adheres to a proven formula, one designed to ensure sustainability as well as consistent returns for the owners of the properties with which they are entrusted. Their stability is the result of established practices, dedicated employees, and ownership that’s preparing to pass to a family’s third generation.

The history of Western Reserve Property Management begins as a story of the very hard work and meager beginnings of a Latvian immigrant. In 1922, David Moskowitz emigrated to the United States from Latvia. He arrived on a Sunday and started working Monday as a door-to-door salesman. He saved enough to go into business for himself. Years later he would own three furniture stores.

His sons Jan and Ronald worked in the family businesses as kids before heading off to college. Jan graduated in 1963 from Miami of Ohio and teamed back up with Ronald to get into the apartment business. The brothers, together with their father, built 96 units on Lee Road in Cleveland. They enjoyed the challenge and aimed higher, collaborating with partners to build Pleasant Lake Apartments in Parma, a 766 unit complex that was constructed in five phases. Next came their largest project, again with partners, The Islander; 984 units built on property that once was the estate of legendary brewer Otto Leisy in Middleburg Heights.

Throughout this period, Jan spent his evenings earning his law degree. As the company’s holdings grew, the brothers gravitated toward different niches. Ronald would come to focus primarily on construction. Jan mastered property management. He took the reigns of Western Reserve Property Management and lead it to the prominent position it enjoys today. During this growth he become a Certified Property Manager® and the company became an Accredited Management Organization®, designations awarded by the Institute of Real Estate Management (IREM). Jan also served as President of the local chapter of IREM, chaired their national ethics committee, chaired their AMO committee, and earned their “Manager of the Year” award. Jan served the Northeast Ohio Apartment Association as Vice-President and is a member of the Hall of Fame.

Dan Moskowitz, Jan’s son, worked in the family business at a young age, but planned on charting his own career course as an adult. Like father like son, Dan attended Miami of Ohio, graduating in 1995 from the Farmer School of Business. His career started at National City Bank, where he worked during the day and studied at night, earning his MBA from Case Western Reserve University’s Weatherhead School of Management. He later moved over to Key Bank. As a banker, Dan managed a highly-leveraged $100 million loan portfolio. He also oversaw recreation lending throughout the mid-Atlantic.

Dan was a fast-riser at a young age, but after eight years in banking he realized he couldn’t shake the Moskowitz family’s entrepreneurial bug. “Working in the corporate world was safe and stable, but not fulfilling,” explained Dan. At the same time his wife was about to give birth to twins, so the work-related east coast travel was looking far less appealing.

Around this time, a long-serving property manager retired, and Jan realized he may need to explore new directions. He decided to approach his son Dan about joining the company to replace the retiring property manager. “It took me less than a minute to say yes,” said Dan.

Five years later, Dan still considers himself a property manager, but it’s clear to all that he is positioned to carry the company forward in partnership with his father. When he discusses the company’s future, Dan talks a great deal about growth. He’s careful to stress that he doesn’t want the company to grow aggressively, he wants it to “grow smart.” What does it mean to grow smart? “It means it has to be organic,” explained Moskowitz. “The growth has to fit, and if that means we don’t take on new clients for periods of a year or two, that’s fine.”

The company currently manages 3,000 apartment homes and 2,000 condominiums. Dan believes the company will grow beyond these numbers because of competitive advantages they’ve honed over time. Jan agrees with his son, saying “Our reputation gives us a competitive advantage. We take care of our residents and partners, and by doing so we are always on a firm foundation.” Jan said he learned ethics from his father, who based his on Torah law. “My father’s greatest strength is level-headedness,” Dan added. “He’s always balanced growth with sensitivity to existing clients and our employees.”

The duo takes a great deal of pride in their team. For instance, Justin Battisti, the company’s controller, is a Certified Public Accountant. Another employee began years ago as a landscaper and has earned his way up the ladder to a property manager position. The majority of the company’s employees have been with the firm over 20 years. “We’re a family,” said Jan. “We’re loyal to them and they’re loyal to us.”

Western Reserve Property Management believes strongly that ownership plays no role in how their buildings are managed. “Our management philosophy is the same whether we own a property or not,” explains Jan. “From a management perspective, we pride ourselves in the fact that our vacancies are lower than our peers,”continued Dan. He attributes this to several factors: Having an experienced, in-house marketing professional, their ability to exceed resident expectations in terms of work orders, and their ability to effectively coordinate between the owner, property manager, marketing staff, and on-site leasing and resident management staff.

We consistently work towards providing a steady return to the owners while balancing prudent re-investment in the property. We are able to do this with our long standing relationships with our contractors and suppliers and our participation in the NOAA Group Purchasing program.

Dan believes that the true measure of a management company’s success can be measured by resident satisfaction.”